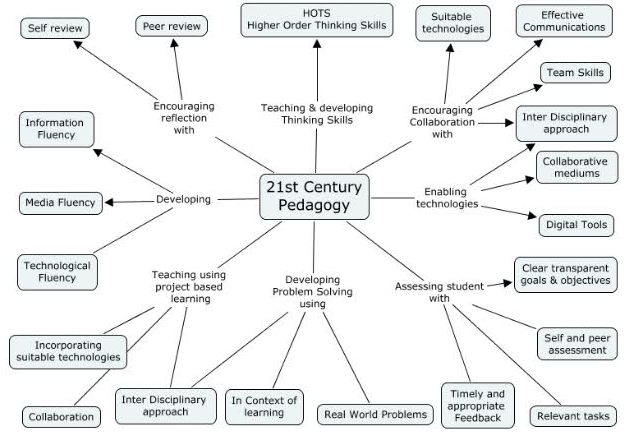 is it possible that the Iranian government realized the evolution of social media and his respective obsolescence and this is why they freed him prematurely?

Blogs were gold and bloggers were rock stars back in 2008 when I was arrested.

The hyperlink was a way to abandon centralisation – all the links, lines and hierarchies – and replace them with something more distributed, a system of nodes and networks. Since I got out of jail, though, I’ve realised how much the hyperlink has been devalued, almost made obsolete.

Nearly every social network now treats a link as just the same as it treats any other object – the same as a photo, or a piece of text. You’re encouraged to post one single hyperlink and expose it to a quasi-democratic process of liking and plussing and hearting. But links are not objects, they are relations between objects. This objectivisation has stripped hyperlinks of their immense powers.

At the same time, these social networks tend to treat native text and pictures – things that are directly posted to them – with a lot more respect. One photographer friend explained to me how the images he uploads directly to Facebook receive many more likes than when he uploads them elsewhere and shares the link on Facebook.

Some networks, like Twitter, treat hyperlinks a little better. Others are far more paranoid. Instagram – owned by Facebook – doesn’t allow its audiences to leave whatsoever. You can put up a web address alongside your photos, but it won’t go anywhere. Lots of people start their daily online routine in these cul-de-sacs of social media, and their journeys end there. Many don’t even realise they are using the internet’s infrastructure when they like an Instagram photograph or leave a comment on a friend’s Facebook video. It’s just an app.

A most brilliant paragraph by some ordinary-looking person can be left outside the stream, while the silly ramblings of a celebrity gain instant internet presence. And not only do the algorithms behind the stream equate newness and popularity with importance, they also tend to show us more of what we have already liked. These services carefully scan our behaviour and delicately tailor our news feeds with posts, pictures and videos that they think we would most likely want to see.

Today the stream is digital media’s dominant form of organising information. It’s in every social network and mobile application.

The centralisation of information also worries me because it makes it easier for things to disappear.

But the scariest outcome of the centralisation of information in the age of social networks is something else: it is making us all much less powerful in relation to governments and corporations. Surveillance is increasingly imposed on civilised lives, and it gets worse as time goes by. The only way to stay outside of this vast apparatus of surveillance might be to go into a cave and sleep, even if you can’t make it 300 years.

besides being proactive and employing social media to land an interview, here are some practical suggestions on how to restructure your “regular” (old-fashioned?) resume

Some 30 years ago, there was only “literacy” – the ability to read and write. Then literacy proliferated into a multitude of literacies: e.g. – media (including “new media”), visual, information, computer, digital, technology, data. According to some, up to 20 literacies: http://listverse.com/2012/04/04/20-types-of-illiteracy/.

I often receive [mildly put] “unhappy” comments by students when their semester papers are turned with [a large amount of) corrections, involving their use of grammar and style. Students revolt against grammar and academic style NOT having place in a “technology” class. I counter with the fact that a technology class is still a college class and academic IS ABOUT learning how to speak and write and not only learning the “trade” (technology). There is a multitude of articles underlining the ability to write not only for English major but also computer major, e.g.:

To make things worse (for both students and instructors), instructors are inconsistent, whereas some do evaluate students on their “technology” skills only and some (like me) insist on a “complete” academic package.

What is your take? Do you think at least two of the aforementioned literacies: technology literacy and old fashioned literacy need to co-exist in class?

VideoNotes (http://www.videonot.es/) is a free web tool that allows students to take notes on a video they are watching. The notes are synchronized with the video being watched. The good thing about VideoNotes is that it is integrated into Google Drive which means that students will be able to save their notes directly to their Drive account and access, edit, and work on them anytime they want. All the notes are time-stamped.

Essay on the cover letter for academic jobs | Inside Higher Ed. (n.d.). Retrieved November 4, 2013, from http://www.insidehighered.com/advice/2013/11/04/essay-cover-letter-academic-jobs
Most Ph.D. students I’ve worked with over the years write at least seven drafts of their letter before it is workable. And then they often write another three or four drafts to perfect it for one job.