Last year, researchers at Oxford University found that 70 countries had political disinformation campaigns over two years.
Perhaps the most notable of such campaigns was that initiated by a Russian propaganda group to influence the 2016 US election result.

he US Federal Communications Commission hosted a period in 2017 where the public could comment on its plans to repeal net neutrality. Harvard Kennedy School lecturer Bruce Schneier notes that while the agency received 22 million comments, many of them were made by fake identities.
Schneier argues that the escalating prevalence of computer-generated personas could “starve” people of democracy

UB op-ed: How to move from digital literacy to digital fluency

Project Information Literacy, a nonprofit research institution that explores how college students find, evaluate and use information. It was commissioned by the John S. and James L. Knight Foundation and The Harvard Graduate School of Education.

focus groups and interviews with 103 undergraduates and 37 faculty members from eight U.S. colleges.

To better equip students for the modern information environment, the report recommends that faculty teach algorithm literacy in their classrooms. And given students’ reliance on learning from their peers when it comes to technology, the authors also suggest that students help co-design these learning experiences. 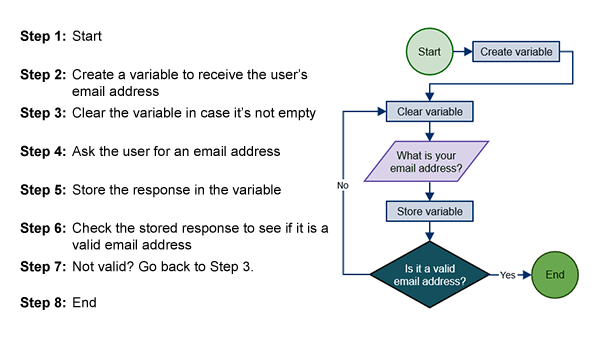 While informed and critically aware media users may see past the resulting content found in suggestions provided after conducting a search on YouTube, Facebook, or Google, those without these skills, particularly young or inexperienced users, fail to realize the culpability of underlying algorithms in the resultant filter bubbles and echo chambers (Cohen, 2018).
Media literacy education is more important than ever. It’s not just the overwhelming calls to understand the effects of fake news or addressing data breaches threatening personal information, it is the artificial intelligence systems being designed to predict and project what is perceived to be what consumers of social media want.
it’s time to revisit the Eight Key Concepts of media literacy with an algorithmic focus.
Literacy in today’s online and offline environments “means being able to use the dominant symbol systems of the culture for personal, aesthetic, cultural, social, and political goals” (Hobbs & Jensen, 2018, p 4).

Information Literacy in an Age of Algorithms from Kristen Yarmey

more on news literacy in this IMS blog
http://blog.stcloudstate.edu/ims?s=news+literate

PISA scores were recently released, and results of the international test revealed that only 14 percent of U.S. students were able to reliably distinguish between fact and opinion.

according to Pew Research Center, 68 percent of American adults get their news from social media—platforms where opinion is often presented as fact. While Facebook and other social media outlets have pledged to tackle fake news, the results are lackluster.

Even on seemingly-serious websites, credibility is not a given. When I was in middle and high school, we were taught that we could trust .org websites. Now, with the practice of astroturfing, responsible consumers of information must dig deeper and go further to verify the legitimacy of information. https://www.merriam-webster.com/dictionary/astroturfing

Experiences like these, where students are challenged to consider the validity of information and sort what’s real from what’s fake, would better prepare them not only to be savvier consumers of news, but also to someday digest contradictory information to make complicated decisions about their own health care, finances or civic engagement. Digital Agility: Embracing a Holistic Approach to Digital Literacy in the Liberal Arts

A 2016 Pew Research Center study indicates that the digital divide in the United States is not solely about access to technology; it also is about the ability to use technology to get what we need.1 What does digital readiness mean; applying cumulative knowledge to real-world situations. Having a tech or STEM-related degree does not ensure digital readiness.

How Can We Encourage Digital Agility in the Liberal Arts?

Digital pedagogy often creates opportunities for instructors to create non-disposable assignments—assignments that are not designed to be thrown away but rather have a purpose past being required.3

“We need to marry the best of our academic work with the best of edtech. In other words, what would it look like if education technology were embedded in the everyday practice of academic disciplines?”4

Project-based learning fits well within the curricular flexibility of the liberal arts. In project-based work, students apply what they are learning in the context of an engaging experience.

Building off frameworks that are already in place, like the Association for College and Research Libraries (ACRL) Framework for Information Literacy,

External-facing work offers students real situations where, if we imagine what digital agility looks like, they have to adjust to possible new digital environments and approaches.

Reflection provides a way for meaning-making to happen across individual assignments, projects, and classes. Without the chance to assemble assignments into a larger narrative, each experience lives in its own void.

How Can Institutions Build Systems-Level Support?

Liberal arts colleges in particular are interested in the ways they prepare graduates to be agile and critical in a digital world—as seen in the Association of American Colleges & Universities (AAC&U) Valid Assessment of Learning in Undergraduate Education (VALUE) Rubrics.

he Bryn Mawr Digital Competencies Framework5 was followed by more formal conversations and the formation of a working group (including Carleton College,

++++++++++++
more on digital fluency in this IMS blog
http://blog.stcloudstate.edu/ims?s=digital+fluency

Some news organisations, including the BBC, New York Times and Buzzfeed have made their own “deepfake” videos, ostensibly to spread awareness about the techniques. Those videos, while of varying quality, have all contained clear statements that they are fake.