p. 5 a LibGuide was created that provided a better description of the available software for both the Microsoft Hololens and the HTC Vive and also discussed potential applications for the technology.

Both the HTC Vive and the Hololens were made bookable through the library’s LibCalendar booking system, streamlining the booking process and creating a better user experience.

When the decision was made to bring virtual and augmented reality into the McGill University Library, an important aspect of this project was to develop a collection of related software to be used alongside the technology. In building this software collection a priority was placed on acquiring software that could be demonstrated as having educational value, or that could potentially be used in relation to, or in support of, university courses.

For the Microsoft Hololens, all software was acquired through Microsoft’s Online Store. The store has a number of educationally relevant HoloLens apps available for purchase. The app ARchitect, for example, gives a basic sense of how augmented reality could be used for viewing new building designs. The app Robotics BIW allows user to simulate robotic functions. A select number of apps, such as Land of the Dinosaurs and Boulevard, provide applications for natural history and art. There were a select number of apps related to science, mathematics and medicine, and others with artistic applications. All of the HoloLens applications were free but, compared to what is available for virtual reality, the experiences were much smaller in size and scope.

For the HoloLens, a generic user account was created and shared with person who booked the HoloLens at the time of their booking. After logging into this account – which could sometimes prove to be a challenge because typing is done using the headset’s gesture controls – the user could select a floating tile which would reveal a list of available software. An unresolved problem was that users would then need to refer to the HoloLens LibGuide for a detailed description of the software, or else choose software based on name alone, and the names were not always helpful.

For the Microsoft HoloLens, the three most popular software programs were Land of the Dinosaurs, Palmyra and Insight Heart. Insight Heart allow users to view and manipulate a 3D rendering of a high-resolution human heart, Land of the Dinosaurs provided an augment reality experience featuring 3D renderings of dinosaurs, and Palmyra gave an augmented reality tour of the ancient city of Palmyra.

p. 7 Though many students had ideas for research projects that could make use of the technology, there was no available software that would have allowed them to use augmented reality in the way they wanted. There were no students interested in developing their own software to be used with the technology either.

p. 8 we found that the Microsoft HoloLens received significant use from our patrons, we would recommend the purchase of one only for libraries serving researchers and developers.

As an alternative, Microsoft offers a Hololens with enterprise options geared toward multiple users for $5000.

The transition from mobile app development to VR/AR technology also reflected the increased investment in VR/AR by some of the largest technology companies in the world. In the past four years, Facebook purchased the virtual reality company Oculus, Apple released the ARKit for developing augmented reality applications on iOS devices, Google developed Google Cardboard as an affordable VR option, and Sony released Playstation VR to accompany their gaming platform, just to name a few notable examples. This increase of VR/AR development was mirrored by a rise in student interest and faculty research in using and creating new VR/AR content at UF.

Dourish, P. (n.d.). Where the Action Is. Retrieved November 23, 2018, from https://mitpress.mit.edu/books/where-action
embodied interactions
Computer science as an engineering discipline has been spectacularly successful. Yet it is also a philosophical enterprise in the way it represents the world and creates and manipulates models of reality, people, and action. In this book, Paul Dourish addresses the philosophical bases of human-computer interaction. He looks at how what he calls “embodied interaction”—an approach to interacting with software systems that emphasizes skilled, engaged practice rather than disembodied rationality—reflects the phenomenological approaches of Martin Heidegger, Ludwig Wittgenstein, and other twentieth-century philosophers. The phenomenological tradition emphasizes the primacy of natural practice over abstract cognition in everyday activity. Dourish shows how this perspective can shed light on the foundational underpinnings of current research on embodied interaction. He looks in particular at how tangible and social approaches to interaction are related, how they can be used to analyze and understand embodied interaction, and how they could affect the design of future interactive systems.

Pollalis, C., Fahnbulleh, W., Tynes, J., & Shaer, O. (2017). HoloMuse: Enhancing Engagement with Archaeological Artifacts Through Gesture-Based Interaction with Holograms. In Proceedings of the Eleventh International Conference on Tangible, Embedded, and Embodied Interaction (pp. 565–570). New York, NY, USA: ACM. https://doi.org/10.1145/3024969.3025094
HoloMuse, an AR application for the HoloLens wearable device, which allows users to actively engage with archaeological artifacts from a museum collection
pick up, rotate, scale, and alter a hologram of an original archeological artifact using in-air gestures. Users can also curate their own exhibit or customize an existing one by selecting artifacts from a virtual gallery and placing them within the physical world so that they are viewable only using the device. We intend to study the impact of HoloMuse on learning and engagement with college-level art history and archeology students.
++++++++++++
Dugas, Z., & Kerne Andruld. (2007). Location-Aware Augmented Reality Gaming for Emergency Response Education: Concepts and Development. ResearchGate. Retrieved from https://www.researchgate.net/publication/242295040_Location-Aware_Augmented_Reality_Gaming_for_Emergency_Response_Education_Concepts_and_Development

++++++++++
more on Hololens in this IMS blog
http://blog.stcloudstate.edu/ims?s=hololens

According to the museum, the sword is about 33 inches long and “exceptionally well-preserved.” It even has a sheath made of wood and leather.

Further searching in the lake yielded a piece of metal jewelry from A.D. 300-400. 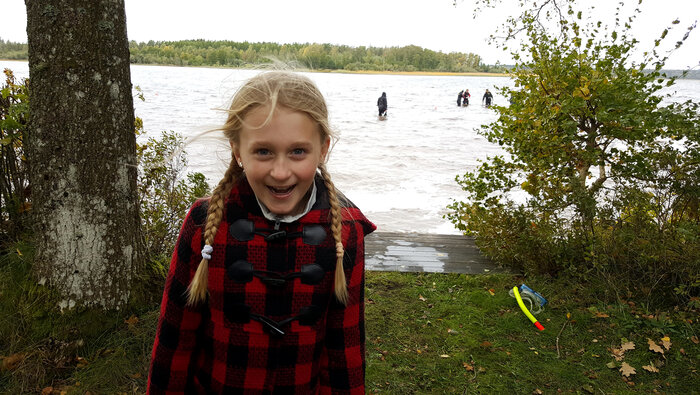 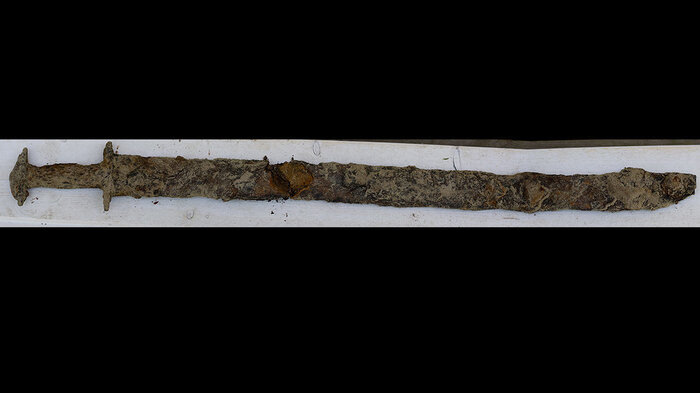 SOCIO-INT15- 2nd INTERNATIONAL CONFERENCE ON EDUCATION SOCIAL SCIENCES AND HUMANITIES will be held in Istanbul (Turkey), on the 8th, 9th and 10th of June 2015 is an interdisciplinary international conference that invites academics, independent scholars and researchers from around the world to meet and exchange the latest ideas and discuss issues concerning all fields of Education, Social Sciences and Humanities.

SOCIO-INT15 provides the ideal opportunity to bring together professors, researchers and high education students of different disciplines, discuss new issues, and discover the most recent developments, new trends and researches in education, social sciences and humanities.

Academics making efforts in education, subfields of which might include higher education, early childhood education, adult education, special education, e-learning, language education, etc. are highly welcomed. People without papers can also participate in this conference as audience so long as they find it interesting and meaningful.

Due to the nature of the conference with its focus on innovative ideas and developments, papers also related to all areas of social sciences including communication, accounting, finance, economics, management, business, marketing, education, sociology, psychology, political science, law and other areas of social sciences; also all areas of humanities including anthropology, archaelogy, architecture, art, ethics, folklore studies, history, language studies, literature, methodological studies, music, philosophy, poetry and theater are invited for the international conference.

Submitted papers will be subject to peer review and evaluated based on originality and clarity of exposition.