There is also a sharp political divide in how concerned parents are about the impact of the coronavirus on their children’s education, a Gallup survey shows. https://t.co/4I5bglvZfJ

Two important caveats: The ability to access the internet is crucial for the survey respondents. And the poll has a relatively significant margin of error.

The coronavirus pandemic has forced the vast majority of schools nationwide to close for several weeks; several states and U.S. territories have closed their schools’ doors for the rest of the 2019-20 academic year. At the same time, states and districts have rushed to get remote learning sessions up and running, with varying success.

++++++++++++
more on education and politics in this IMS blog
http://blog.stcloudstate.edu/ims?s=education+politics

International Conference on Education and New Developments 2019
27 to 29 of June, 2020 – Zagreb, Croatia
http://www.end-educationconference.org/

= Types of Contributions =
All submissions are subjected to a blind-review refereeing process and are divided in these categories:
– Oral Presentations
– Posters
– Workshops
– Virtual presentations
– Company Presentation
Corporates can also showcase their products or services in the conference exhibitions area by contacting the secretariat or publicity email (provided below).

The result was a top-to-bottom makeover of the school’s curriculum and its overall approach. Gone were majors seen as stodgy or less aligned with a career path — including religion, art history and music. In their place are programs in sport management, international studies and crime, law and justice. There is a new emphasis on technology, and all students are required to complete an internship, a study-away trip or a research project in order to graduate.

The college has dubbed its approach “the new liberal arts” and trademarked the term.

Digital education assets were not spared, either. That same year, Pearson also sold PowerSchool, one the most widely used student information system in K-12 schools and districts today. (my note: about LMS, including PowerSchool, pls watch this animation: http://blog.stcloudstate.edu/ims/2019/12/22/bar-chart-race-lms/)

At the time, Fallon said PowerSchool was “an administrative system rather than a tool for learning, teaching or assessment,” and which did not jibe with Pearson’s transformation strategy.

The company offered a similar reason for selling its U.S. K-12 courseware assets, which Fallon described as “textbook-led” and one that “does not fit in with our digital transformation strategy.” 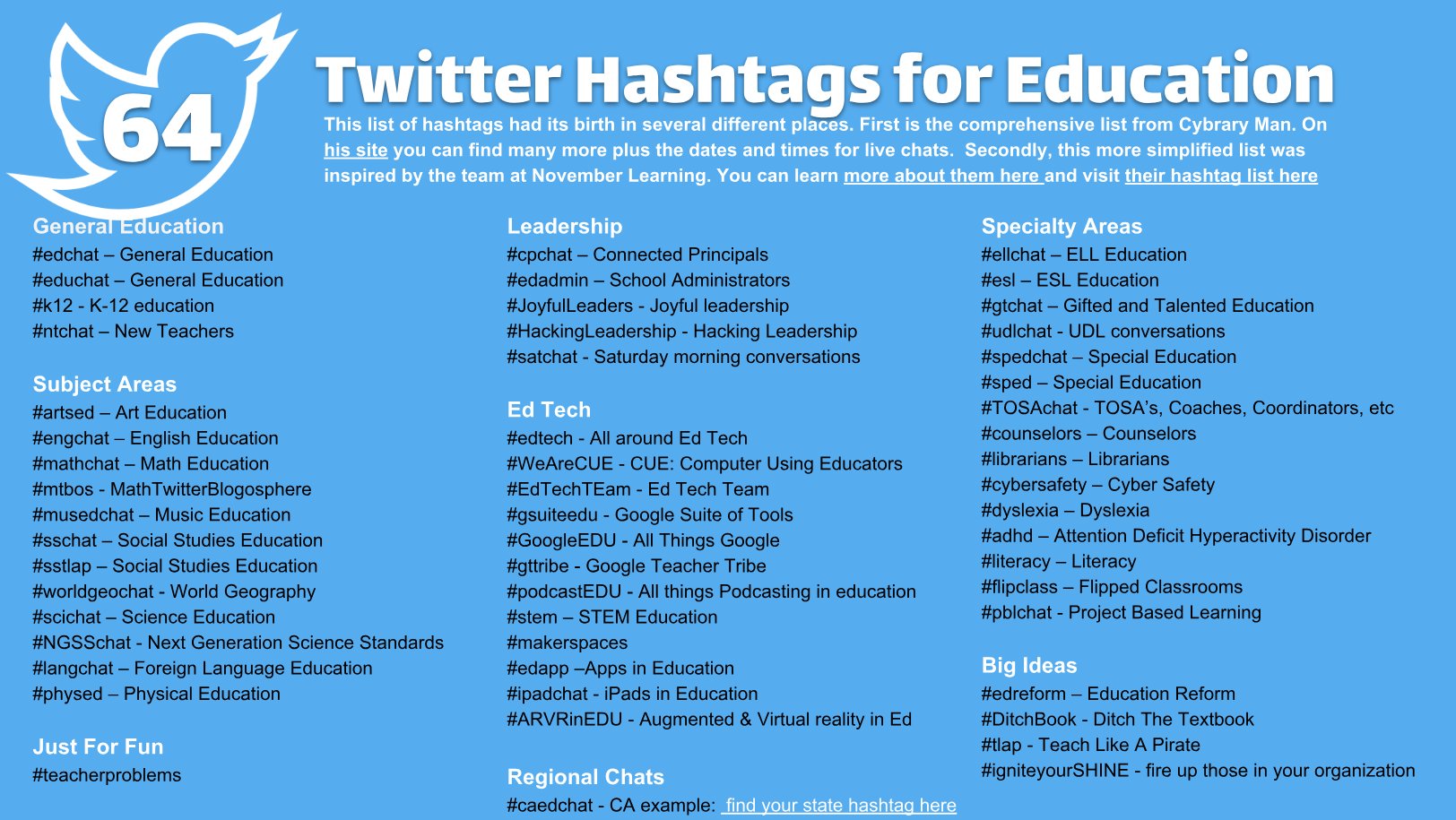 China wants to be the world leader in artificial intelligence by 2030. To get there, it’s reinventing the way children are taught

despite China’s many technological advances, in this new cyberspace race, the West had the lead.

Xi knew he had to act. Within twelve months he revealed his plan to make China a science and technology superpower. By 2030 the country would lead the world in AI, with a sector worth $150 billion. How? By teaching a generation of young Chinese to be the best computer scientists in the world.

Today, the US tech sector has its pick of the finest minds from across the world, importing top talent from other countries – including from China. Over half of Bay Area workers are highly-skilled immigrants. But with the growth of economies worldwide and a Presidential administration hell-bent on restricting visas, it’s unclear that approach can last.

In the UK the situation is even worse. Here, the government predicts there’ll be a shortfall of three million employees for high-skilled jobs by 2022 – even before you factor in the immigration crunch of Brexit. By contrast, China is plotting a homegrown strategy of local and national talent development programs. It may prove a masterstroke.

In 2013 the city’s teenagers gained global renown when they topped the charts in the PISA tests administered every three years by the OECD to see which country’s kids are the smartest in the world. Aged 15, Shanghai students were on average three full years ahead of their counterparts in the UK or US in maths and one-and-a-half years ahead in science.

Teachers, too, were expected to be learners. Unlike in the UK, where, when I began to teach a decade ago, you might be working on full-stops with eleven-year-olds then taking eighteen-year-olds through the finer points of poetry, teachers in Shanghai specialised not only in a subject area, but also an age-group.

Shanghai’s success owed a lot to Confucian tradition, but it fitted precisely the best contemporary understanding of how expertise is developed. In his book Why Don’t Kids Like School? cognitive Dan Willingham explains that complex mental skills like creativity and critical thinking depend on our first having mastered the simple stuff. Memorisation and repetition of the basics serve to lay down the neural architecture that creates automaticity of thought, ultimately freeing up space in our working memory to think big.

Seung-bin Lee, a seventeen-year-old high school graduate, told me of studying fourteen hours a day, seven days a week, for the three years leading up to the Suneung, the fearsome SAT exam taken by all Korean school leavers on a single Thursday each November, for which all flights are grounded so as not to break students’ concentration during the 45 minutes of the English listening paper.
Korea’s childhoods were being lost to a relentless regime of studying, crushed in a top-down system that saw them as cyphers rather than kids.

A decade ago, we consoled ourselves that although kids in China and Korea worked harder and did better on tests than ours, it didn’t matter. They were compliant, unthinking drones, lacking the creativity, critical thinking or entrepreneurialism needed to succeed in the world. No longer. Though there are still issues with Chinese education – urban centres like Shanghai and Hong Kong are positive outliers – the country knows something that we once did: education is the one investment on which a return is guaranteed. China is on course to becoming the first education superpower.

Troublingly, where education in the UK and US has been defined by creativity and independent thinking – Shanghai teachers told me of visits to our schools to learn about these qualities – our direction of travel is now away from those strengths and towards exams and standardisation, with school-readiness tests in the pipeline and UK schools minister Nick Gibb suggesting kids can beat exam stress by sitting more of them. Centres of excellence remain, but increasingly, it feels, we’re putting our children at risk of losing out to the robots, while China is building on its strong foundations to ask how its young people can be high-tech pioneers. They’re thinking big – we’re thinking of test scores.

soon “digital information processing” would be included as a core subject on China’s national graduation exam – the Gaokao – and pictured classrooms in which students would learn in cross-disciplinary fashion, designing mobile phones for example, in order to develop design, engineering and computing skills. Focusing on teaching kids to code was short-sighted, he explained. “We still regard it as a language between human and computer.” (My note: they are practically implementing the Finland’s attempt to rebuild curricula)

+++++++++++++
more on AR in this IMS blog
http://blog.stcloudstate.edu/ims?s=artificial+intelligence

more on China education in this IMS blog
http://blog.stcloudstate.edu/ims/2018/01/06/chinas-transformation-of-higher-education/

Riddell, R. (2018, February 2). Ed shouldn’t invest heavily in VR yet, but experimentation is key. Retrieved February 2, 2018, from https://www.educationdive.com/news/ed-shouldnt-invest-heavily-in-vr-yet-but-experimentation-is-key/516160/
Google, for instance, has made virtual field trips to inaccessible locations easier for history and social studies classes with its Cardboard viewers used in conjunction with the Expeditions app. And technologies like zSpace have expanded opportunities in STEM subjects with virtual interactive dissections, diagrams and experiments.

The Future of Education, Mass-Media and Communication

We gladly invite you to attend the International Conference “The Future of Education, Mass-Media and Communication” which will be held at Johns Hopkins University, just 20 miles away from Washington DC.