+++++++++++
more on net neutrality in this IMS blog
http://blog.stcloudstate.edu/ims?s=net+neutrality

+++++++++++
more on net neutrality in this IMS blog
http://blog.stcloudstate.edu/ims?s=net+neutrality

The impending change in internet regulations could be detrimental to the quality of education students receive.
Meghan Bogardus Cortez , Jan 11, 2018
https://edtechmagazine.com/higher/article/2018/01/3-ways-net-neutrality-repeal-might-impact-universities

Innovations in videoconferencing and lecture capture technologies have allowed universities to provide flexible learning experiences to students no matter their location. However, if internet service providers are allowed to create “fast lanes” and “slow lanes” of access, experts worry these learning experiences will be in jeopardy.
“slow lanes” of internet access could make it difficult for students to access cloud software or applications without hitting data caps.

a 40-page commentary to the FCC explaining how a repeal would hurt universities, eCampus News reports.

“Institutions of higher education and libraries depend upon an open internet to carry out their educational and civic missions, and to serve their communities,” reads the commentary.

high cost of attending a university might see a bump without net neutrality.
slower internet access would actually degrade the quality of education offered for a higher cost.

++++++++++++++++
more on net neutrality and education in this IMS blog
http://blog.stcloudstate.edu/ims?s=net+neutrality

In a 3-2 vote along party lines, the Republican-led commission decided to eliminate the current net neutrality rules and remove the shackles that prevent ISPs from blocking online content, slowing a competitor’s website, or charging you extra just to access YouTube. (You can read the dissenting opinions here.) It paves the way for an ISP free-for-all, baby, and you can bet telecom executives have plenty of lucrative plans in mind that we haven’t even considered.

Net Neutrality is just the beginning

Victor Pickard, associate professor of communication at the University Pennsylvania’s Annenberg School, whose research focuses on internet policy and the political economy of media.

with each new victory for the American telecommunications oligopoly, that digital optimism fades further from view.

Net neutrality protections are essentially safeguards that prevent internet service providers (ISPs) from interfering with the internet. Net neutrality gives the FCC the regulatory authority to prevent ISPs like Comcast and Verizon from slowing down or blocking certain types of content. It also prevents them from offering what’s known as paid prioritization, where an ISP could let particular websites or content creators pay more for faster streaming and download times. With paid prioritization an ISP could shake down a company like Netflix or an individual website owner, coercing them to pay more in order to be in the fast lane.

Net neutrality often gets treated as a sort of technocratic squabble over ownership and control of internet pipes. But in fact it speaks to a core social contract between government, corporations, and the public. What it really comes down to is, how can members of the public obtain information and services, and express ourselves creatively and politically, without interference from massive corporations?

Should we think of the internet as a good, a service, an infrastructure, or something else?

It’s all of the above.

The internet has been radically privatized. It wasn’t inevitable, but through policy decisions over the years, the internet has become increasingly commodified. Meanwhile it’s really difficult to imagine living in modern society without fast internet services — it’s no longer a luxury but a necessity for everything ranging from education to health to livelihood. The “digital divide” is a phrase that sounds like it’s from the 1990s, but it’s still very relevant. Somewhere around one fifth of American households don’t have access to wireline broadband services. It’s a social problem. We should be thinking about the internet as a public service and subsidizing it to make sure that everyone has access.

Corporate libertarianism is an ideological project that has origins at a core moment in the 1940s. It sees corporations as having individual freedoms, like those in the First Amendment, which they can use to shield themselves from public interest oversight and regulation. It’s also often connected to this assumption that the government should never intervene in markets, and media markets in particular. (My note: Milton Friedman)

There are clear dangers associated with vertical integration, where the company that owns the pipes is able to control the dissemination of information, and able to set the terms by which we access that information.
There have been cases like this already. In 2005, the company Telus, which is the second largest telecommunications company in Canada, began blocking access to a server that hosted a website that supported a labor strike against Telus.

Net neutrality is just one part of the story. What other regulations, policies and interventions could resist corporate control of the internet?

Roughly half of Americans live in communities that have access to only one ISP.  My note: Ha Ha Ha, “pick me, pick me,” as Dori from “Finding Nemo” will say… Charter, whatever they will rename themselves again, is the crass example in Central MN.

Strategies to contain and confront monopolies:

+++++++++++++
more on #netNeutrality in this IMS blog
http://blog.stcloudstate.edu/ims?s=netneutrality

Big Telecom lost in court, but an open internet won. So did you.

more on net neutrality in this blog:

5 Things To Know: Net Neutrality Is Back In Court

It’s the third time in less than a decade that the FCC’s attempts to regulate Internet access have been challenged in court.

1. The key question the court will answer is whether the FCC had proper authority to reclassify broadband Internet as a more heavily regulated telecommunications service.

2. Reclassification is at the heart of the industry’s legal challenge.

3. Another part of the new rules the court will consider will be whether mobile Internet and cable Internet should be regulated the same way.

4. Not much has changed since the rules went into effect in June.

5. Whatever this court decides, net neutrality will likely end up at the Supreme Court.

more on Net Neutrality in this blog:
http://blog.stcloudstate.edu/ims/?s=net+neutrality&submit=Search 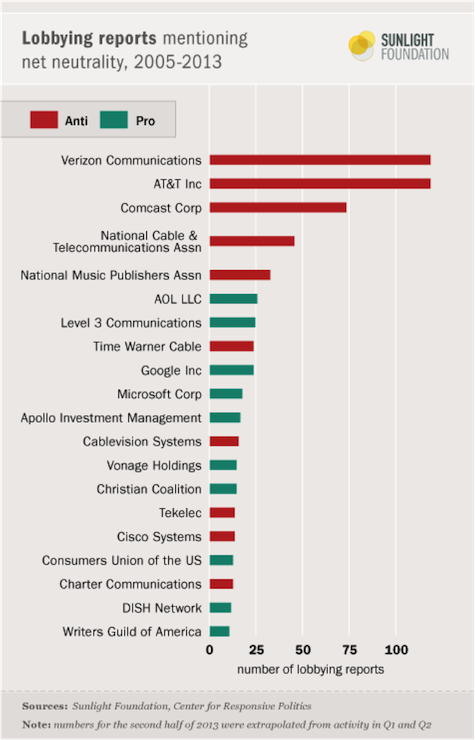 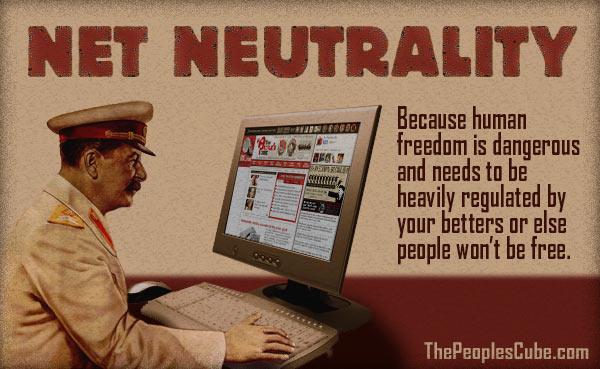