13 February 2015 | Published in Interesting Facts | Written by Patricia May

What are some of the major differences between schooling in Europe vs the US?

Schools and class in Europe and America
The secret to a sound American education? Have rich parents
https://www.economist.com/democracy-in-america/2010/03/29/schools-and-class-in-europe-and-america

++++++ peer reviewed +++++++++++
.
West, M. (2012). Global lessons for improving U.S. Education: international comparisons of student achievement illustrate the gains possible for students in the United States and offer insights on how to achieve them. Issues in Science and Technology, 28(3), 37–44. https://mnpals-scs.primo.exlibrisgroup.com/discovery/fulldisplay?docid=gale_ofa287392223&context=PC&vid=01MNPALS_SCS:SCS&search_scope=MyInst_and_CI&tab=Everything&lang=en

Launched in 2000 as a project of the OECD, the PISA is administered every three years to nationally representative samples of students in each OECD country and in a growing number of partner countries and subnational units such as Shanghai. The 74 education systems that participated in the latest PISA study, conducted during 2009, represented more than 85% of the global economy and included virtually all of the United States’ major trading partners, making it a particularly useful source of information on U.S. students’ relative standing.

The United States’ historical advantage in terms of educational attainment has long since eroded, however. U.S. high-school graduation rates peaked in 1970 at roughly 80% and have declined slightly since, a trend often masked in official statistics by the growing number of students receiving alternative credentials, such as a General Educational Development (GED) certificate.

in many respects the U.S. higher education system remains the envy of the world. Despite recent concerns about rapidly increasing costs, declining degree completion rates, and the quality of instruction available to undergraduate students, U.S. universities continue to dominate world rankings of research productivity. The 2011 Academic Rankings of World Universities, an annual publication of the Shanghai Jiao Tong University, placed eight U.S. universities within the global top 10, 17 within the top 20, and 151 within the top 500. A 2008 RAND study commissioned by the U.S. Department of Defense found that 63% of the world’s most highly cited academic papers in science and technology were produced by researchers based in the United States. Moreover, the United States remains the top destination for graduate students studying outside of their own countries, attracting 19% of all foreign students in 2008. This rate is nine percentage points higher than the rate of the closest U.S. competitor, the United Kingdom.

At one time it was left to teachers and administrators to decide exactiy what level of math proficiency should be expected of students. But, increasingly, states, and the federal government itself, have established proficiency levels that students are asked to reach. A national proficiency standard was set by the board that governs the National Assessment of Educational Progress (NAEP), which is administered by the U.S. Department of Education and generally known as the nation’s report card.

a crosswalk between NAEP and PISA. The crosswalk is made possible by the fact that representative (but separate) samples of the high-school graduating Class of 2011 took the NAEP and PISA math and reading examinations. NAEP tests were taken in 2007 when the Class of 2011 was in 8th grade and PISA tested 15-year-olds in 2009, most of whom are members of the Class of 2011. Given that NAEP identified 32 percent of U.S. 8th-grade students as proficient in math, the PISA equivalent is estimated by calculating the minimum score reached by the top-performing 32 percent of U.S. students participating in the 2009 PISA test. (See methodological sidebar for further details.)

1) Do It For The Right Reasons.

As a history professor early in her career, Drew never envisioned crossing over to university administration, “what my faculty colleagues call the ‘dark side.’” She would raise her hand for leadership tasks not because she wanted to get noticed, but because she felt it was “good citizenship to serve others.”

3) Define Yourself Publicly, Or Others Will Do It For You.

“If you don’t define yourself publicly, someone else will, and it will likely be according to stereotypes,”

4) Gender Is Always An Issue, But Don’t Let It Derail You.

5) Understand That True Leadership Happens In The “Grey Space.”

Being the head of an organization often involves picking between the best of two imperfect choices, forging a path without having all of the facts, or breaking a tie between two competing factions.

6) Spend Political Capital To Plow The Path For Authentic Diversity And Inclusion.

K-8 students with the same principal, who was trained by the nonprofit, for at least three years get higher math and English language arts scores than those with other leaders.

Principals trained and supported by New Leaders — a New York City-based nonprofit — are contributing to higher student achievement and staying in their jobs longer than those hired through other preparation programs, a new RAND Corp. study shows.

Students attending K-8 schools that have had a New Leaders principal for at least three years score at least 3% higher in math and roughly 2% higher in English language arts (ELA) than students with school leaders prepared in other ways.

The RAND researchers found that specific aspects of being a leader — specifically competencies related to instruction, and adult and team leadership — were more closely associated with increases in student achievement.

A 2017 Stanford University study showed that academic growth among CPS students in grades 3-8 was increasing at a faster rate than in most districts in the nation.

https://hechingerreport.org/increasingly-skeptical-students-employees-want-colleges-to-show-them-the-money/
But seldom has this level of attention from students and employees been so focused on the finances of their own campuses. It coincides with what polls disclose is falling public confidence in higher education. And given the results, it seems likely to create more, not less, mistrust.
Higher education has become a popular public target. Fifty-eight percent of people polled by the think tank New Americasaid colleges and universities put their own interests ahead of those of students. About the same proportion in a Public Agenda survey said colleges care mostly about the bottom line, and 44 percent said they’re wasteful and inefficient. And a Gallup poll found that more than half of Americans have only some, or very little, confidence in higher education.
We want to see greater transparency in how they spend our money. And it is our money, most of it,” since such a large percentage of the budget comes from tuition

7 Toxic Words You Should Never Say as a Leader

7 Toxic Words a Leader Should Never Use

Rural school leaders have some of the most complex, multifaceted jobs in education. They also have some of the highest turnover. Half of all new principals quit their jobs within three years, according to a 2014 study. A national survey released in July found that principals in rural school districts are even less likely than their urban and suburban counterparts to stay at their school the following year and more likely to leave the profession altogether. The schools they preside over, meanwhile, often struggle with persistent poverty, low college-going rates and extreme racial disparities in student outcomes.

Complexity: A Leader’s Framework for Understanding and Managing Change in Higher Education

The relationships between jobs, locality, families, housing, work and government policy, tax processes, crime, psychology, environment, access to education, and urban planning interact and converge in what is known as a Complex Adaptive System (CAS).

definition: Complexity can be understood as a theory of change and adaptation that details how change occurs within systems as well as the principles and mindsets needed to flourish in turbulent environments

he complexification of higher education is an intentional goal of engaging with complexity rather than attempting to reduce it to its constituent parts. Effective vision generation, planning, and goal achievement in the modern uncertain economic-social-technical environment benefits from embracing complexity and the utilization of strategies and actions that reflect a CAS.

ive principles of complexity science are of particular relevance to the higher education system. These attributes—networks, emergence, self-organization and social coordination, feedback sensitivity, and agility—are sufficient to provide higher education leaders with an entry into complexity science as a means of observing, understanding, and interacting with change.

++++++++++++
more on leadership in this IMS blog
https://blog.stcloudstate.edu/ims?s=ed+leadership 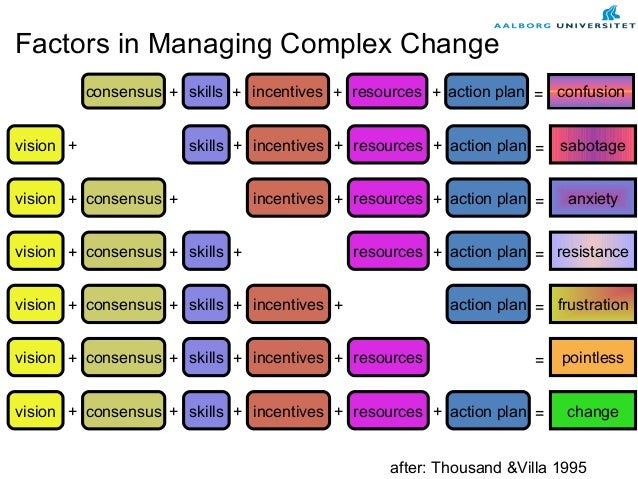 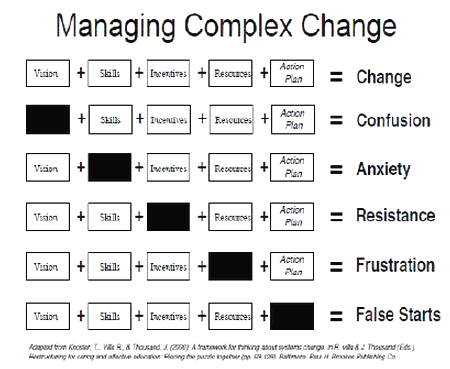 Visible Learning: A Synthesis of Over 800 Meta-Analyses Relating to Achievement 1st Edition